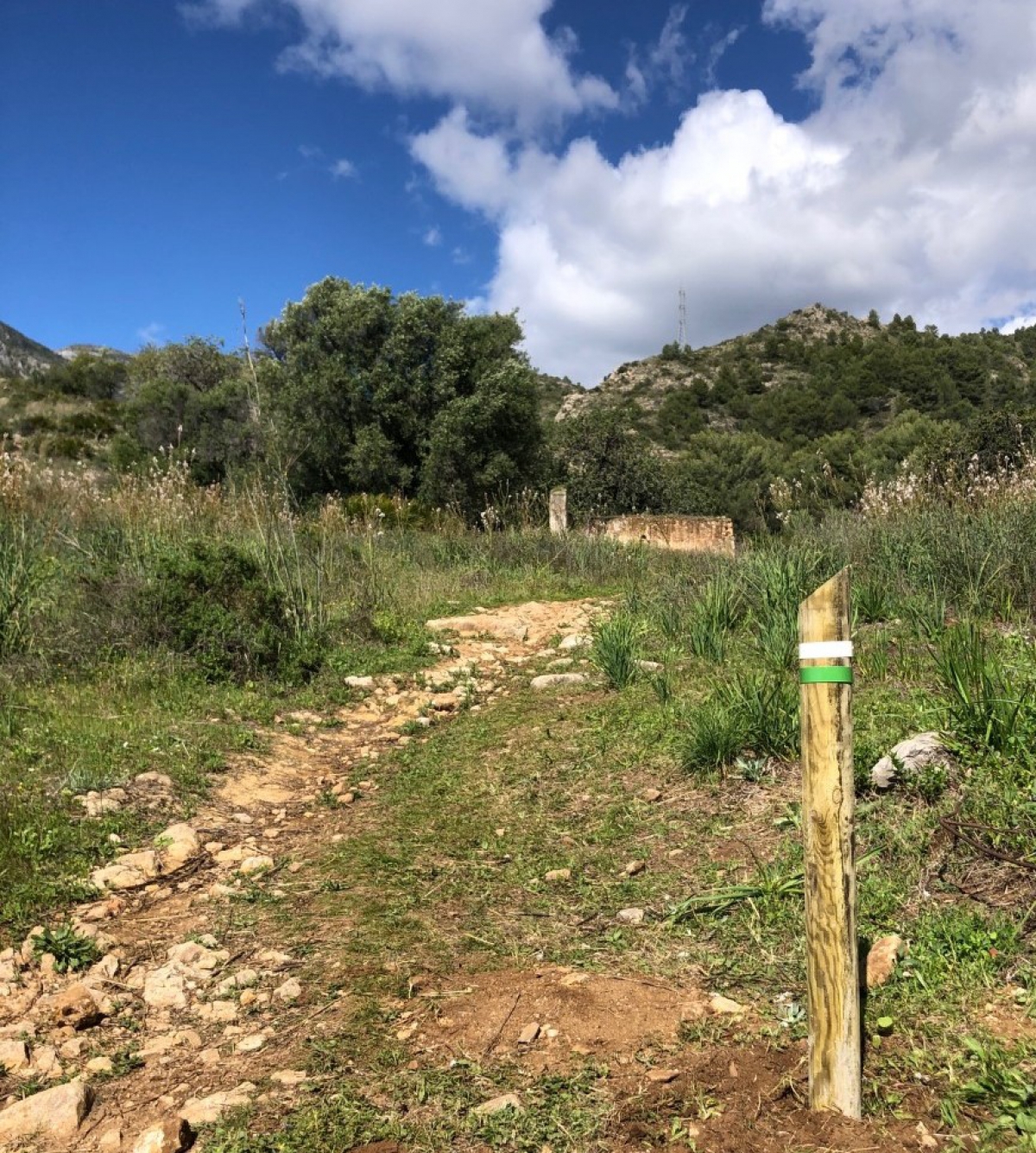 Salvador Moreno route was inaugurated on March 26th, 2011. The name of this route was a tribute that his family and friends did to Salvador on his 80th birthday. Salvador Moreno was one of the last greatest connoisseur of Sierra Blanca mountains. During his long life as a mountaineer, he walked each path, hills and gorges, all through the fields. He expended so many years of hiking, that he knew as anyone else, where you can find each cave, chasm and narrow cliff where it was impossible to move on. Everyone who had the privilege of traveling around these beautiful mountains with Salvador, felt that walking with him, was like being beside a walking encyclopaedia. His anecdotes and knowledge made hiking with him an unforgettable experience.

This route begins at the initial information board at the Depósito de Agua El Trapiche water tank (28), located in the northern part of the old Don Miguel hotel. You will start the route along the lane heading west, until you reach a signpost after 300 metres where you will turn right. After a small ascent, turn right at the next signpost. A few metres further on you will reach an old goatherd house where you will turn left. At this point the Linda Vista plain begins at the Finca de Capellanía, which you will cross from south to north. In the northern part of the plain, follow the path on the left at the signpost (29). A few metres ahead you will reach another signpost (30), where you will turn right onto a path heading north.

Walking uphill, turn left at the signpost (31)   towards Puerto de Juan Ruiz mountain pass. After passing both a right and a left turn, you will reach Juan Ruiz mountain pass  (32)   , where you must take the path on the right towards Puerto de Santillana mountain pass. This path starts in an eastwards direction, turning northwards as it climbs until you reach Hoya de las Golondrinas   (33), where you will follow the path on the right, that will take you to the next signpost (41). Turn right at this signpost towards La Montúa, keeping Puerto de Santillana (42)  mountain pass on the lefthand side, a few metres away. This part of the route also forms part of the Vereda del Faro route on this constant downhill path.

When you reach the La Montúa 2 signpost (43), continue   southward and you will reach the La Montúa signpost after a few metres (43), where you will turn right, (44)   deviating from the section shared with the Vereda del Faro route. Following the indications on the information board to Finca de Capellanía, you will reach the next signpost   (29), located in the northern part of the Linda Vista plain. Here, you will connect with the path that was taken at the beginning of the route. You will then only have to turn left, in search of the initial information board by Depósito de Agua El Trapiche water tank (28), where the route ends.