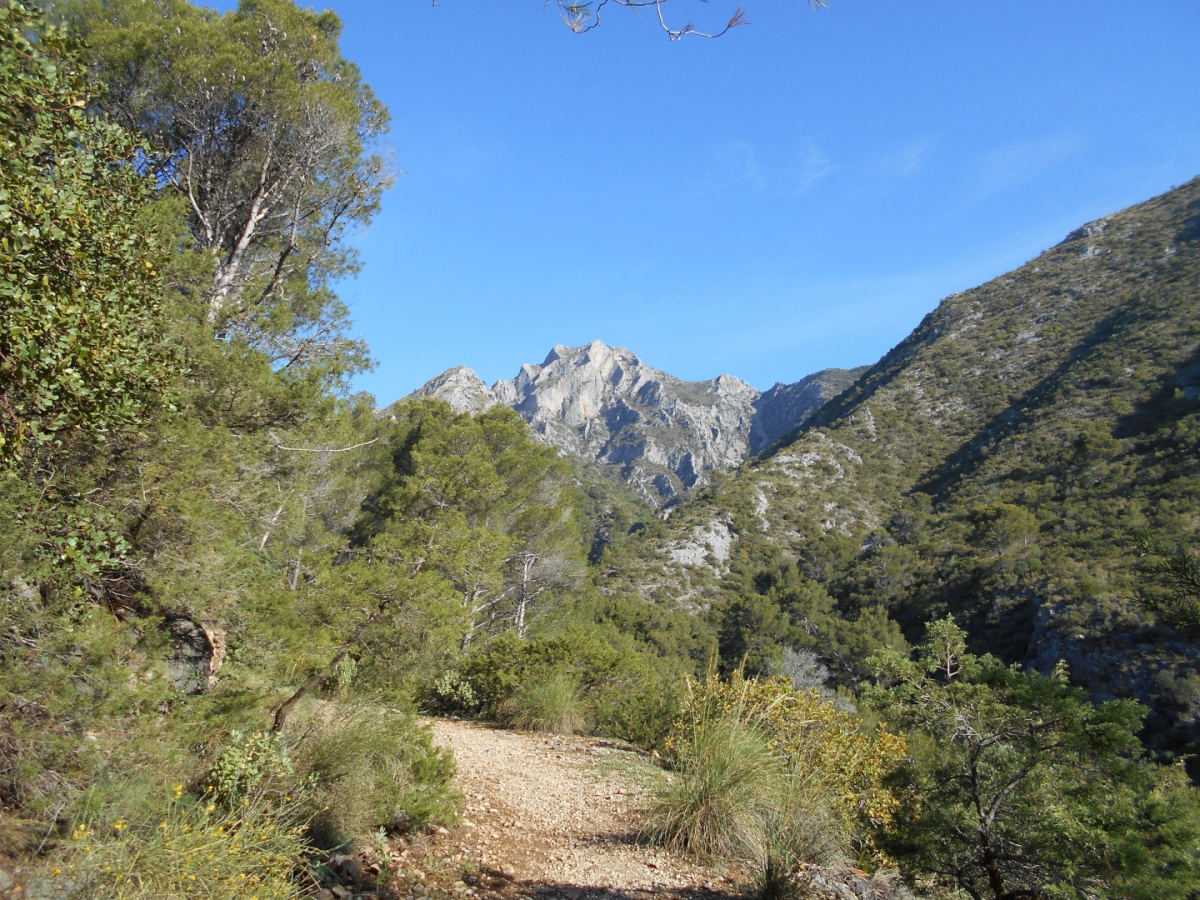 The route begins at signpost (73), that is next to the initial information board in the Pinar de Nagüeles, which indicate to the right the lane that goes to Mina de Buenavista mine (75).

Take the main lane that goes up through the pine forest and pass several branches to the left and right that you don't take. When this lane turns to the left and begins to descend, the path you should take goes up to the right and goes uphill, parallel to the arroyo de las Piedras stream. Little by little this enters the Encinas gorge.

Halfway up, you will find signpost (74). From here, you can go up to the Mina de Buenavista mine (75)   , that is about 700 metres away. When you descend, you will continue towards Los Monjes, following the path that goes to the right and descends until you cross the     arroyo de las Piedras stream.

From the mountain pass there is a steep descent to the Cañada de la Rana valley, where you can find signpost (76). Continue   straight in the direction of Ojén, then climb until you reach the puerto de Camoján mountain pass, from which you can enjoy magnificent views of the coast. From here, the path heads downhill to the Ermita de los Monjes (77) hermitage.

After leaving behind the Aleppo pine, the path continues to descend little by little and, at several points, requires you to cross the river bed. Be careful not to lost the path in the places where you have to cross.

Once you reach signpost (23), continue on the right until you reach a plain with a small pine forest.

In this section, you will find two paths, one that continues by the hillside and another that runs down parallel to the stream. These join together a little further on. If you choose to go down to the stream you can visit some pools where you can bathe if time permits.

Continue along the path parallel to the stream, until you reach a bifurcation in the path that you will take to the left, and a few meters later it approaches to the stream to cross the last stretch of rock, that you must go around on the left side. A few metres in, the path will appear again,  clearly signposted.

Turn left at the signpost (24) and cross the arroyo Los Monjes stream. The trail ends at Los Monjes  (25)    , just above Xarblanca school, where there is one of the four initial information board that are located along the southern face of Sierra Blanca.