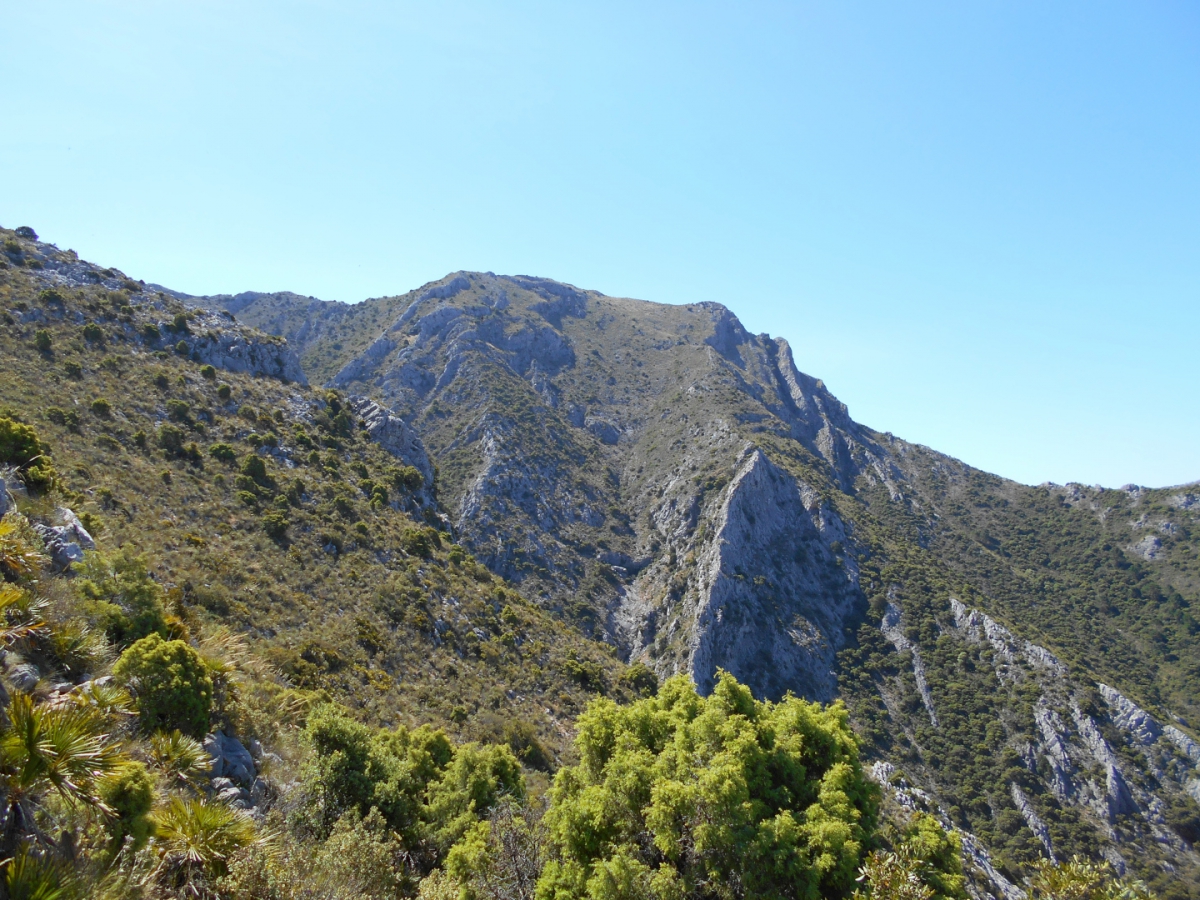 The route begins just above the Altos de Istán Hotel (54), to the left of the fenced-off water tank. Here, the unpaved track starts, and you will find a sign with information about the route. A few metres from this, you will see a signpost indicating PR-A 135 and PR-A 139, where you will turn right.

About a minute from the beginning of this stretch another similar post will appear on your left, indicating the PR-A 139 Istán - El Picacho, and the PR-A 135 Istán – la Concha. Continue forwards in the direction of PR-A 135. Here, the path ascends until it reaches the Pilones plain.

The next section, also ascending, takes you to Puerto Corrito mountain pass (1) via a path that is difficult to distinguish.    (From here, you could return to Istán, following the path that appears on your left in the direction of El Picacho).

The route continues, turning to the right, until you reach the second mountain pass, Puerto Ventana (2), which is U-shaped. In this section the path is easier to follow, both due to the   downwards direction along the sierra as well as the gentle climb to the Lomilla de Enmedio.

From here, following a short climb, you will arrive at Puerto  Hilito  (3), with a large solitary pine as a reference point. (Be careful to watch out for natural reference points so as not to lose your path). Continue onwards until you pass the Gracia León mountain pass and shortly after crossing the Fuentezuela gorge, you will ascend to the Cifuentes mountain pass. Then cross the Castillejo gorge, the last gorge before arriving at the Corralillos mountain pass (10), where the path, which is difficult to distinguish, also becomes physically difficult.

From here, find the Espolón summit (Cresta del Espolón), which links to the Concha rope (La Cepilla del Enebro)    (12). Here there is no clear path, only boundary markers (milestones) that    indicate the direction of the route. At this point we connect with PR-A 168 Juanar – La Concha. From here it will take about 15 minutes to reach El Pico de la Concha (14)    (la Concha peak - 1,215 m).