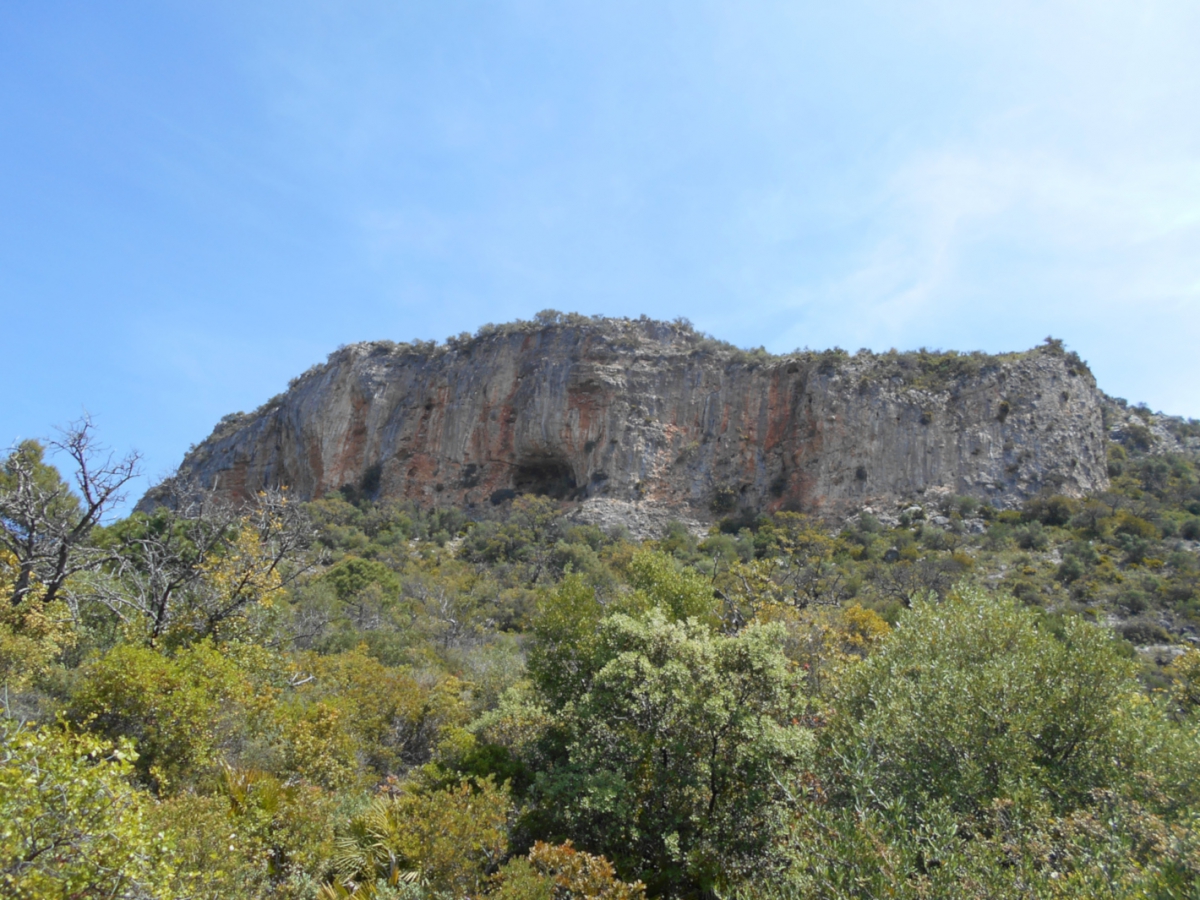 From the initial information board in the Pinar de Nagüeles (73), continue along the road and, after passing two large houses, turn onto the first street on the left in the direction of signpost (48) that indicates the direction to Istán.

Shortly after starting the climb along the Camino Viejo de Istán (the Old Istán Road), the Nagüeles spring can be found on the left. Always keep to the right while following the edge of the public Sierra Blanca forest, until the asphalt ends and an    unpaved track starts on the right. This is a good place to leave the car, if you do not want to walk the previous section.

As soon as you start along this track, you will ascend until you see a few pine trees to the right, that survived the great fire, that hit the southwest slope of the mountains in August 1991. Continue along the lane and about 400 metres in, this skirts the mountain to the right; from this point you already have an   excellent view of the Cantera de la Legua quarry.

The path continues to the right up an even steeper slope until you reach the Puerto de Correpiña mountain pass - Cantera de la Legua quarry viewpoint (49). Before arriving at the viewpoint you can see some towers in ruins, that used to be the transport system for the quarry stones, that were used in the construction of the Concepción reservoir. From the Cantera de la Legua quarry, continue along the forest track in the direction of the neighbourhood of Cerros del Lago. Approximately 100 metres in, you will find placas del Cura (climbing area) on your right, and about 300 metres from the quarry, also on your right, you will see a signpost (50). At this point you will leave the forest track, and embark on an ascending path that is the PR-A 140 (Marbella - Istán), as indicated by the sign.

You will begin the ascent, now walking amongst the vegetation (low brush), until you arrive at the Llano del Almendral plain. The journey continues passing very close to the old fence of a  goatherder, from where you will descend to reach a cork oak grove.  Cross the arroyo Cuevas stream and go uphill along the path until you come out next to a light transformer, now on an asphalted road without finished buildings (51) (Urb. Sierra Blanca Country Club).  From this light transformer, go uphill for about 200 metres until you reach the water tank. Behind this tank, the track becomes a path and you continue the upwards climb until it culminates in the puerto de Mají mountain pass. From here, you will descend to cross the cañada de Monchalbán valley, and then start another ascent until you reach the Puerto de la Majada de Cosme mountain pass (52). Here, the path turns into a track.

Continue forward until you cross the arroyo Salto del Puerco stream, and soon after you will pass through a cork oak grove that you must go through towards the cañada del Tajo Bermejo valley. From here, the track becomes a path again after a few minutes.

Between ascents and descents, you will arrive at Pascual mountain pass, which runs along the base of the Tajo Bermejo gorge, then cross the arroyo Castillejo stream, leaving the Tajo Bermejo gorge behind. Continue descending through a small forest and then follow the fence of a private estate, that will take you directly to the A-7176 Marbella-Istán road (53), where you will find a post indicating the PR-A 140, showing that there are only 2 km left until the end of the route.

Go along the A-7176 - Marbella-Istán road, for about 500 metres (staying carefully on the edge of the road). After several bends, leave the A-7176 on your right, along a concrete track with several steep climbs. After under 500 metres you will arrive at a junction with a signpost and a sign with indicating various destinations of the PR-A, including that of the hermitage of San Miguel, indicating that we have 900 metres left to finish the PR-A 140 - Marbella-Istán route  (54).