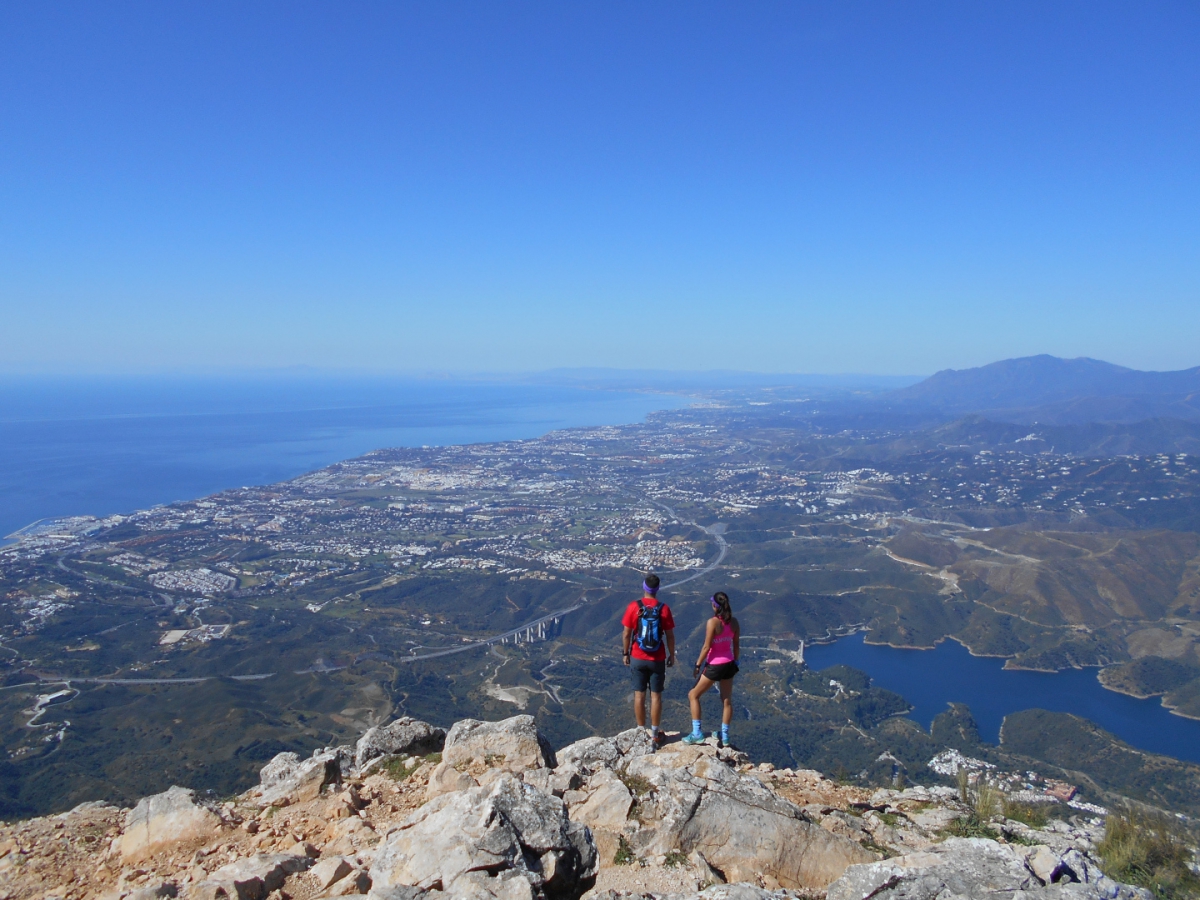 The walk begins at the Refugio de Juanar hotel (87) or from a little higher up, where a barrier prevents cars from accessing the route. From there, take Juanar's main track until you reach the Centro Cinegético Juanar goat sanctuary (66), today the mountain goat sanctuary. Once you are in the farmhouse, take a lane to the right goes downhill, amongst olive trees. Shortly after    descending, the road opens. Follow the left side. This enters a small forest of Monterey pine trees, which you walk through until reaching a Circo de Juanar crossroads (68), that allows you to reach Istán if you continue forwards. Turn left, still amongst the pines, but with no descent this time.

Clearly, the route begins to become a ramp, more and more steep, which coincides with the change in ground: the lane turns into a wide path, which then becomes a narrow and winding route that runs through Mediterranean vegetation. At the end of the slope, you will find a hill called Puerto de las Allanás (69). To the left, there is a path that leads to the summit of Juanar (1,184 m), better known as Cruz de Juanar (“the Juanar Cross”).

From the Puerto de las Allanás, you can see the ridge that you will be walking along to the West. Start walking downhill along a path that may sometimes get lost if you do not pay attention to it. This path leads onto the aforementioned ridge. Turn west, skirting along its southern slope where it is made up of gentle hills. Shortly, you will find a more steep area, with walls. We are in the Salto del Lobo (“the Wolf’s Jump”), probably the most difficult area on the entire route. We pass through it carefully on the right-hand side, with caution as it gains altitude. You will reach the saddle that gives this passage its name and, once you have passed this, you will find yourself on the gentle hills of the ridge once again.

Continue your walk along the left-hand side of the hills and, shortly, you will find yourself on the slopes of Cerro Lastonar. At 1,279 metres, this is the highest peak in Sierra Blanca. With a slight deviation to the right, we will reach the summit. The rest of the way to La Concha is the most beautiful part of the route. The ridge becomes a bit thinner and the hills give way to a more aerial path, to which you should pay special attention. After walking through La Cepilla de Enebro crossroad (12), where you go ahead on the left side, soon you will reach the peak of La Concha (14), from which you can admire the entire coast and the nearby Concepción reservoir.